For my Unity project, I made an interactive exploration game where you can control a woman walking through the desert. You use the arrow keys to make her go forward, backward, left, and right. You can use the space bar to jump.

Overall, the process of putting everything together was pretty straightforward. I started by creating a character in Fuse, and the exporting it to Mixamo. The only issue was that Chrome wouldn't run WebGL on my computer so I needed to work with Mixamo in Safari. After I exported my rigged character, I made sure to change the rig to "Humonoid" when importing into Unity. I'm not sure why, but none of the textures were automatically applied when I imported my character. I needed to apply them all by dragging on dropping them, but that was pretty simple. Next I used the Asset Store to get a desert scene. I wanted to add some objects for the character to collect while running through the desert, but I think I will try to add that later.

Here is the C# script that I used to make the character's controls work.

Some other issues that I had to work out in Unity were making sure the capsule collider was the right size so that my character didn't look like she was floating off the ground. Also, I added two light sources which created two shadows from my character. I learned in class that you can turn off shadows for your lighting, so now it looks a little more realistic.

Another problem I had was with exporting my project. It kept getting hung up when it was baking the light maps, and I ended up finding the solution in this thread. I needed to lower the resolution so that it could export my file faster.

Overall, I definitely would like to explore the other capabilities of Unity outside of making games. I will take a closer look at what is possible in the future.

Check out the animation that Max Horwich and I made in After Effects. Max also created all of the sound using Ableton!

We went over the basics of After Effects last week, and now I've made a simple animation. Here's a cat doing jumping jacks in a place where gravity apparently isn't as strong as on Earth.

I'm totally aware that the simplicity of my cartoon cat is not following many of the rules of animation we've discussed - the cat looks pretty stiff - but I'm still figuring out how to time things out & animating limbs. The weird thing is that the playback doesn't seem to be in realtime on After Effects I think.

Here's a screenshot of the animating the limbs using the transform tools in the bottom left. 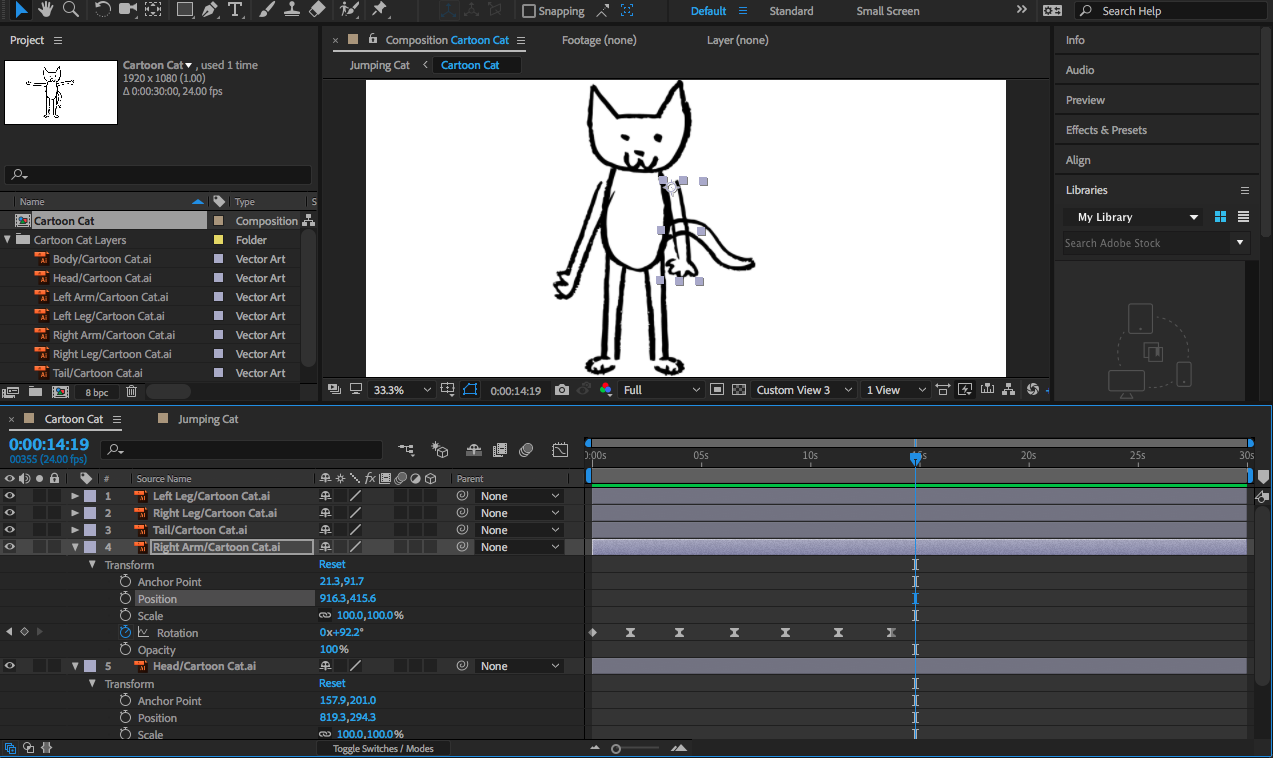 And again here is my composition inside another composition where the entire cat is translating up and down. You can also see my trying to match the speed graph to what I think might convey a jump. 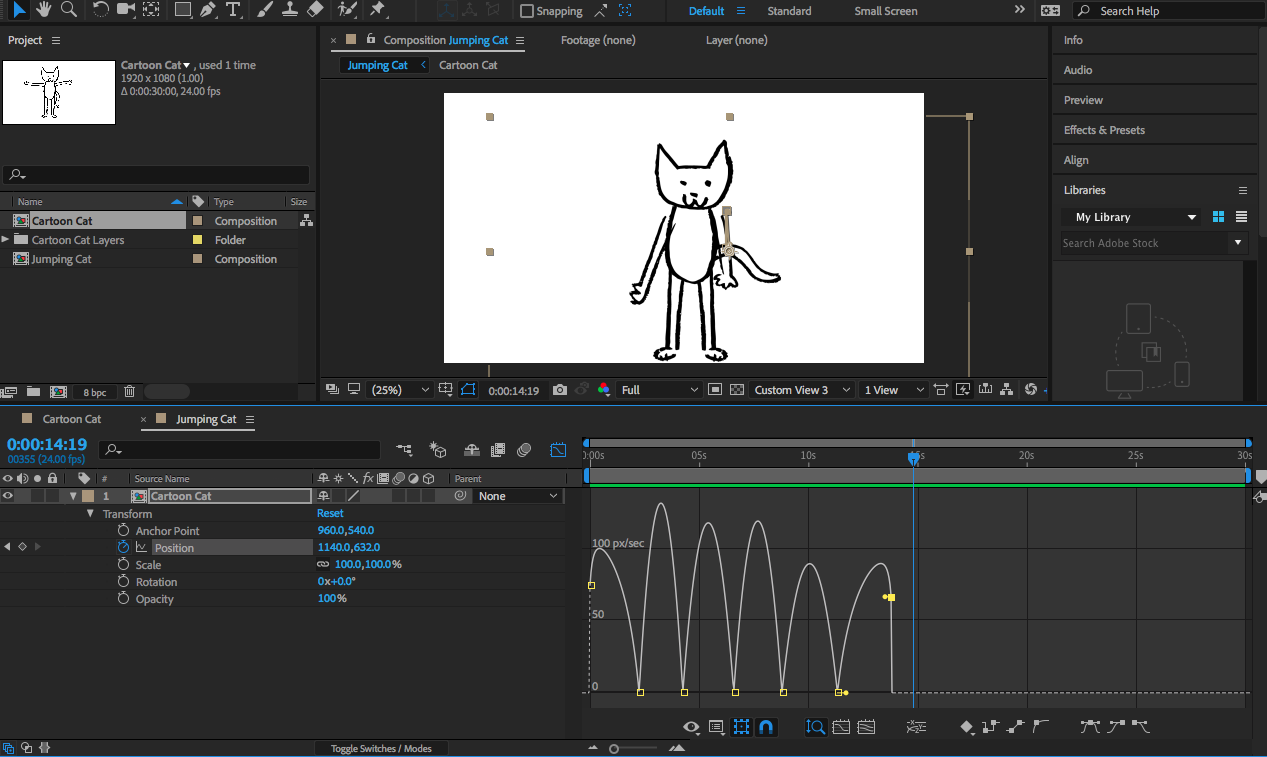 For my first animation project, I worked with Xiran Yang and Namsoo (Vince) Kim to create a stop motion about some sunflower characters. The video is below & read on for some behind the scenes.