I was having a difficult time narrowing how I want my project to exist and I’ve kind of been going a lot of random divergent pathways trying to understand air rights. I have to admit I’m sort of going in circles, but these are the circles that I’m thinking in now.

I was able to talk with Margaret the librarian, and she was able to point me to some really good resources. From what I gather, the term air rights is mostly used in real estate or legal terms. This is a pretty big deal in New York City and air rights can be extremely valuable. I thought the stories around Penn Station and Grand Central were particularly interesting.

I’ve been expanding the term air rights to be more about how people (or entities) can own negative spaces. I think it’s fascinating that And no one can own the molecules in the air that are freely flowing and affecting every thing that breathes. No one really rules the air. They can try to regulate the air space (drones, planes, flight zones), reduce pollution in the air (greenhouse gas or pollution regulation, carbon sequestering), decide how human-made structures fill the space, and whatnot. There are a lot of actions big & small that affect the air quality and who gets to use these spaces. 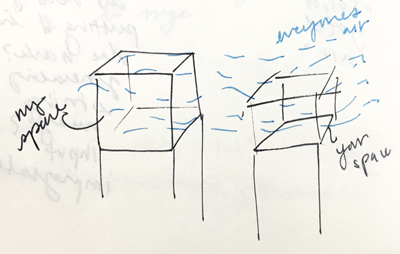 The impact on air is collective. And it seems to be pretty much driven by money. Everything I looked at in regards to air rights or ownership really ties back to being involved in an economic system.

And I think the important aspect of all of this is that a lot of shaming regarding air pollution and climate change has been shifted upon regular people (aka customers). How can we prevent air quality from getting worse? Recycle more? Turn off the lights? Carry a tote about how you love the earth? It’s a really tiny impact. To be clear, I think we should continue to engage in behaviors that reduce excessive consumption, but I think if we’re going to be smart about it, the change needs to happen at a higher level.

I thought it would be good to talk to people who have seen first hand what higher level business activities look like. My knowledge in the realm of business doesn’t extend too far beyond economics 101 and the lifestyle section in Businessweek. Luckily, I have access to two business/economic people who happen to work at some of the largest companies in the world - McDonald’s and Facebook.

In their eyes, my main concern here is about mitigating negative externalities. These are harmful side effects to third parties caused by economic activity. Air pollution is a very good example. Essentially, whoever is doing business does not pay the full cost of whatever it takes to produce their goods. 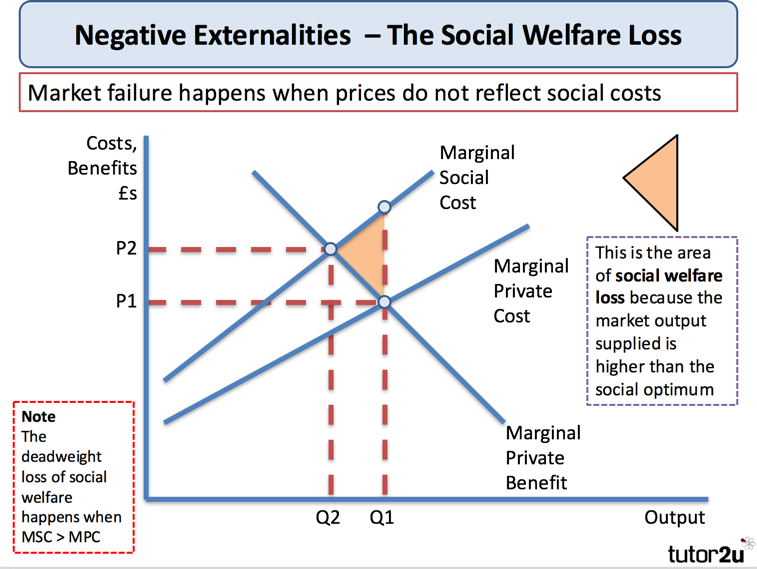 Companies won’t really spend money to fix or prevent negative externalities unless it helps to bring them more business or is regulated by the government. Examples of the former are companies like Patagonia that promote their environmentalist values because it creates brand loyalty with their customers that share these values.

As far as what a smaller group of people can do to influence corporate giants from the outside, they recommended crowd-funding, corporate partnerships, using social media, and supporting companies that support your values. Companies are only really swayed by mass consumer opinion like when their reputation is at stake.

I asked them about what the critical mass would be to make some serious changes. Large decisions aren’t really made unless it has some kind of monetary benefit to the company. For instance, McDonald’s will only stop using plastic straws that pollute and kill wildlife when it becomes economically reasonable to do so. Like if they lose enough business from customers over this issue, then they would start to consider phasing out plastic straws. And it would be a decision ultimately made by McDonald’s shareholders.

Honestly, this a bummer to hear for me, but this is the genuine perspective of two people who don’t hate capitalism as nearly as much as art students in NYC. It was valuable in reframing who is making the decisions and where power lies in these kind of systems. I think a move towards reducing negative externalities would be to convince a company (at a high level) to play the long game and invest now for a future reward. Long term value. And they do this sometimes. I think it would be interesting to see if companies could view genuine altruism as something that’s as valuable as money.

The Narrowed Down Boundary

There’s a lot going on in all these systems, but now I’m focusing on how economic systems influence control over the ownership of air/negative spaces.

I was thinking of ways that this could manifest. 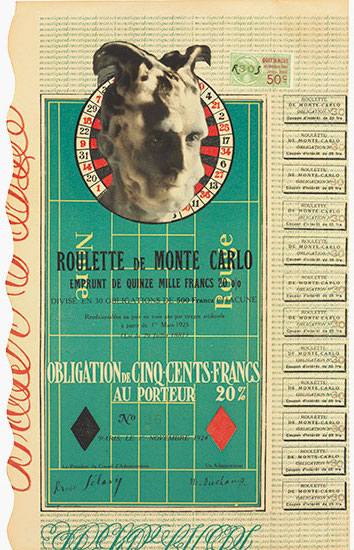 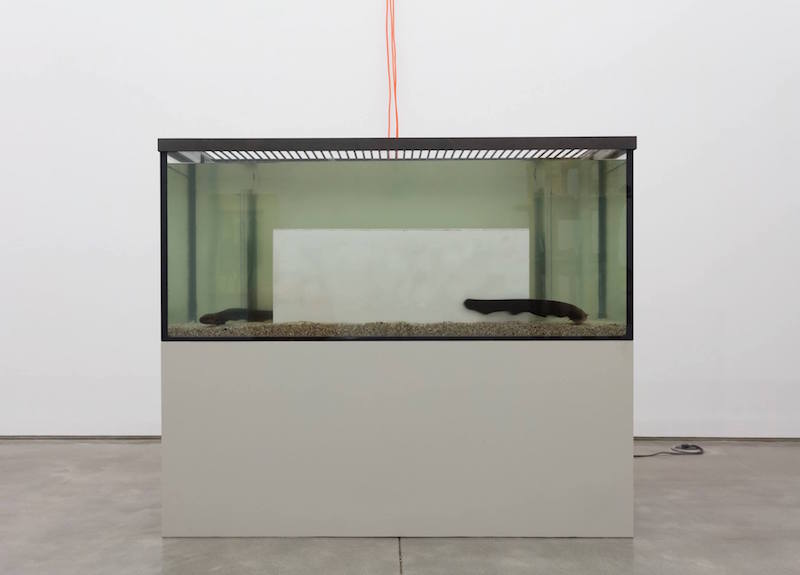 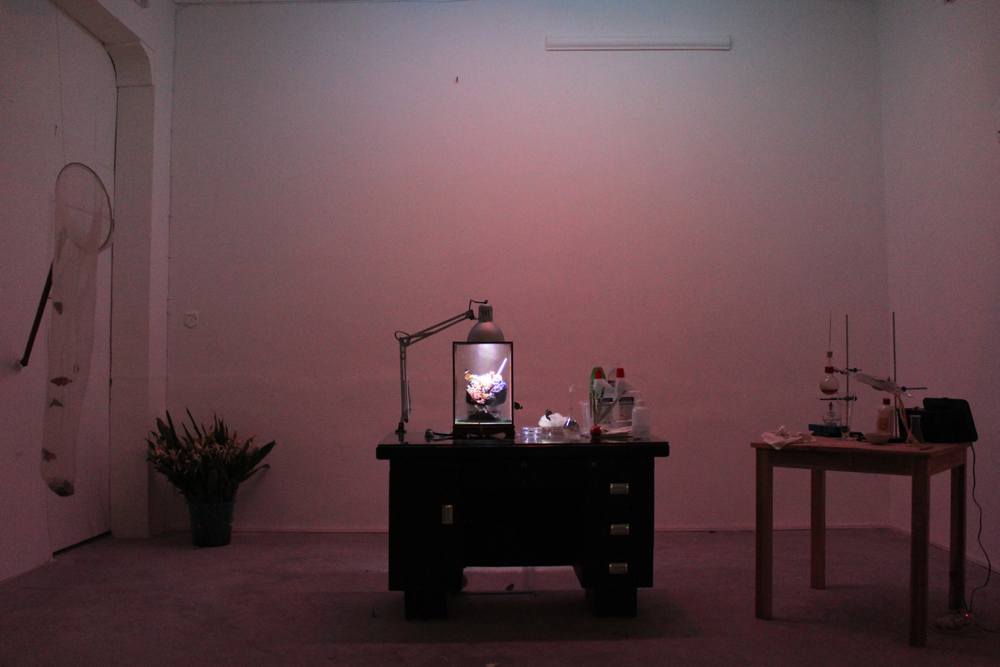 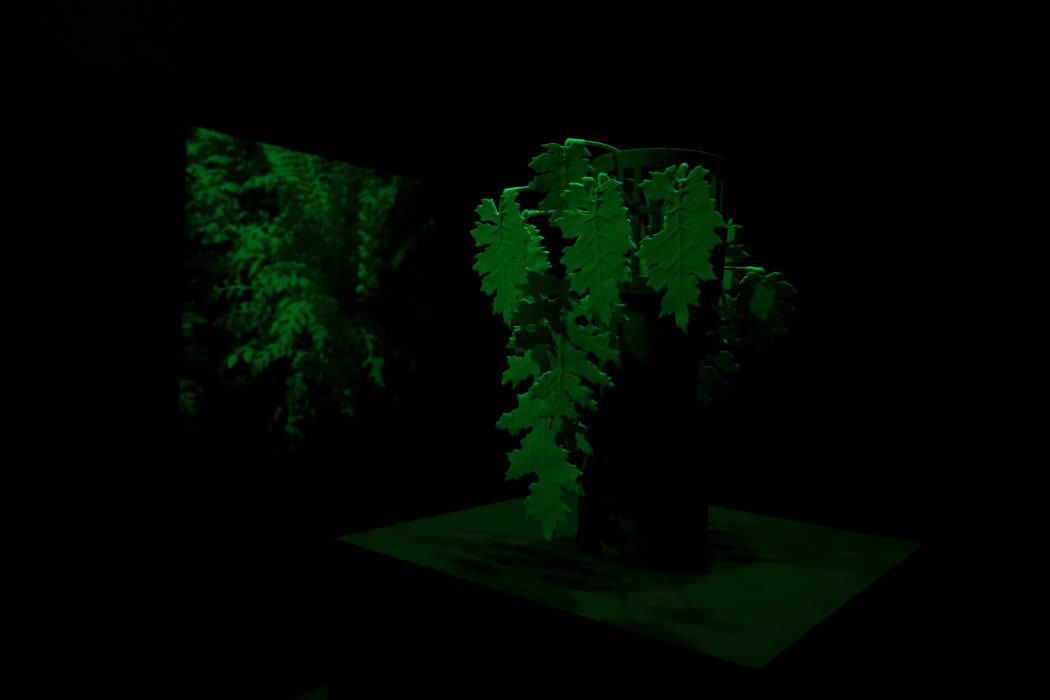