Every day this week, I devised a situation in different spaces (indoor, outdoor, and intangible spaces) to intervene in the typical role of air ownership and negative space. These are thought experiments that I had since not all of them were feasible to execute.

ONE: Create an awareness of vertical space 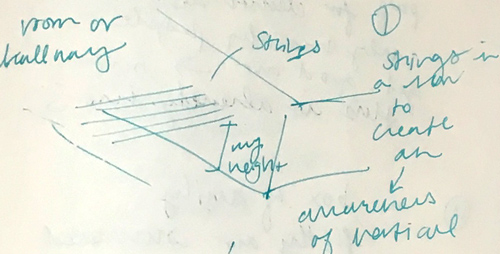 Put up a series of strings to form a slight ceiling that forces people to become aware of their vertical space. Some might perceive taller height as a higher place of power. I’d like to bring you down to my height. And perhaps imagine how right to air space could feel in a bodily way.

Other iterations include a slanted “ceiling” that goes from high to low. Or low to high.

Acting as a government entity, I’d like to implement a system of cap and trade in a designated smoking area similar to the one active in California. Smokers in the area will be able to collectively smoke a limited number of cigarettes (cap amount determined by me). I will give out permits, each allowing someone to smoke a single cigarette. 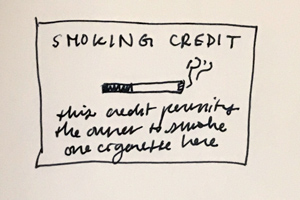 Once the permits run out, smokers can buy and trade amongst themselves in a system of supply and demand. Every week the cap amount decreases. This will drive up the cost as there becomes a scarcity of smoking credits. 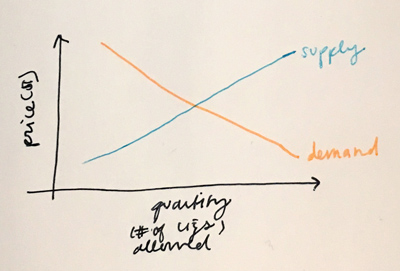 More explanations for cap and trade in the US (https://en.wikipedia.org/wiki/American_Clean_Energy_and_Security_Act). The American Clean Energy and Security was never passed into law). Specifically CA (https://www.sacbee.com/news/local/environment/article162517213.html)

THREE: Participate in California’s cap and trade program to buy up available credits but don’t take advantage of my right to emit carbon 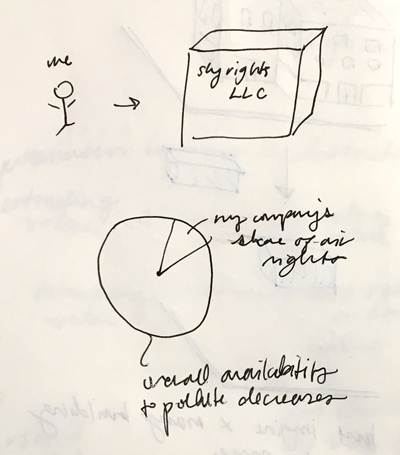 This would be an ordeal, but I’d have to start my own industrial firm and attain credits. Essentially, the goal would be to hold as many credits as funding (crowd funding? profits from my fake business? grants? idk?) allows but not actually use them. This would drive up the cost of available credits and deter companies from emitting carbon, even though they would hate this. This is clearly a long shot idea that would be a long con.

FOUR: Create a space of extremely filthy, shitty air surrounded by a much larger space of breathable, regular air. 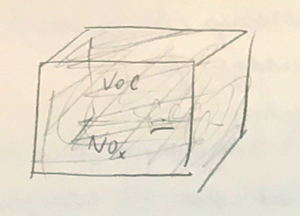 It would be menacing to have some enclosed but very visible danger in your presence. There’s the fear it would some how escape an enclosure and create negative effects. Ironically, it’s already happening on a global scale but you can’t really see it. The amount of pollutants or bad particulates in the enclosure would be linked to data on the amount of harmful particulates if they were gathered in a box.

FIVE: Create a space of extremely clean, breathable air surrounded by a space of much larger filthy, shitty air. 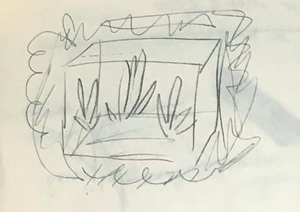 On a lighter note, create spaces/rooms of extremely pure air space would be a breath of fresh air (literally). Plants that are proven to purify the air (mother-in-laws tongue, pothos, spider plant, bamboo, peace lilies, etc) could be used similar to create a sort of meditation room where you can escape city air. We might need an airlock space between indoor and outdoor.

SIX: Label areas of owned air space so everyone knows what’s yours and what’s mine 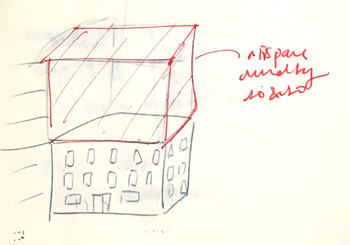 I’m not sure which manifestations of this would work best, but in order to really capture the air space things like cages, fabric tents, mesh containers, etc might be necessary to let everyone know what’s what. 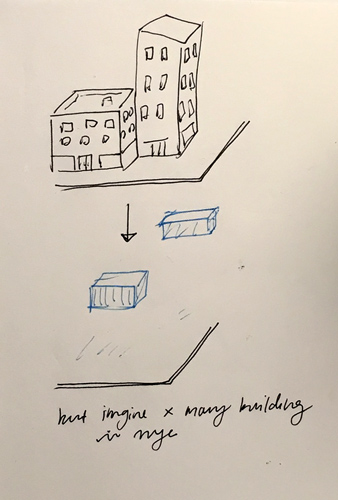 Flipping the negative and positive spaces would bring an awareness to how these invisible spaces exert their influence on architectural designs and how we interact with the environment. It’s interesting that the man-made concept of owning what is essentially nothing/placeholder creates a strong effect on the built environment.

Other considerations include sunlight, population density/housing availability. This is not a direct intervention but maybe more of a visualization bring awareness.

Note: Now going through and updating the images in this post, this idea reminds of a quote from Ada Louise Huxtable’s article in the New York Times (1968), “Architecture: Grotesquerie Astride a Palace” that I read recently. Some of the adjectives she uses are weirdly related to what I’ve been thinking about - polluted, solid, superheated. It’s an interesting choice of words and totally connected to my train of thought. 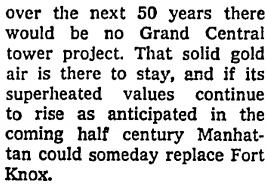