We've finally wrapped everything up for finals and the show, so now I've gotten around to putting all the documentation together. Here's a recap of the Sound Tent at the 2017 ITP Winter Show. Continue reading to see the details of our final results.

For the final day of class our tent was set up in the ITP lounge. 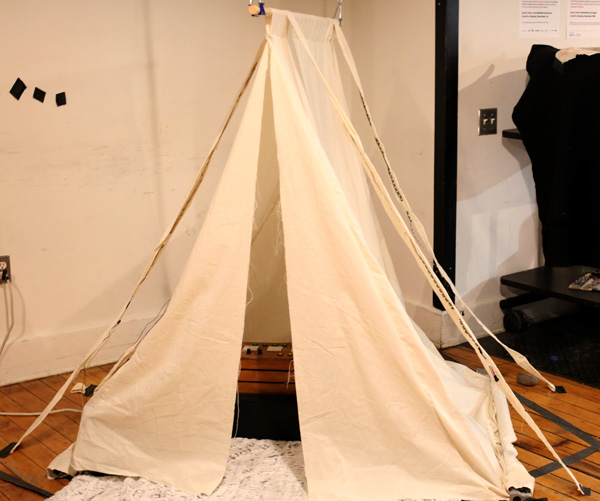 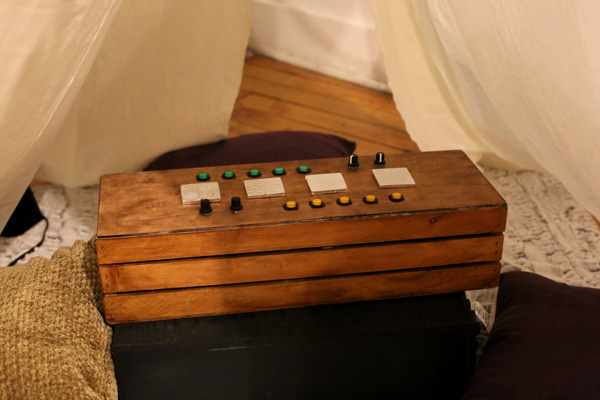 For the final interaction, we decided to have the interaction be as follows:

Here's a documentation video I made showing this interaction. 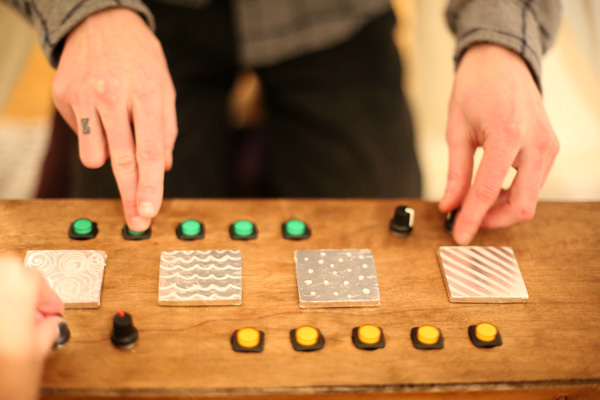 I think the spacing for all the buttons, knobs, and touch pads worked really well for both adults and kids who played with the Sound Tent. There was definitely some confusion about what the knobs were controlling, but for those who stayed in the tent long enough to figure it out, it seemed fun to experiment and play with that feature. For the environment of the show where people are moving quickly between projects, it may have made more sense to let uses control their own sound with the knobs. 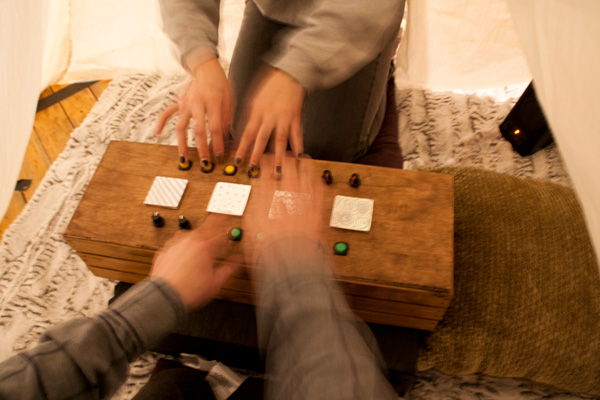 The lights were great and created a fun mood inside the tent. One issue we ran into was that people were hesitant to approach the tent when it was dark (i.e. no one playing music in it). We definitely needed the LED lights to be on at a low brightness level or we should have put a soft spotlight on the tent. This would've helped it to stand out amongst other flashy projects and make it not look like some weird dark corner. 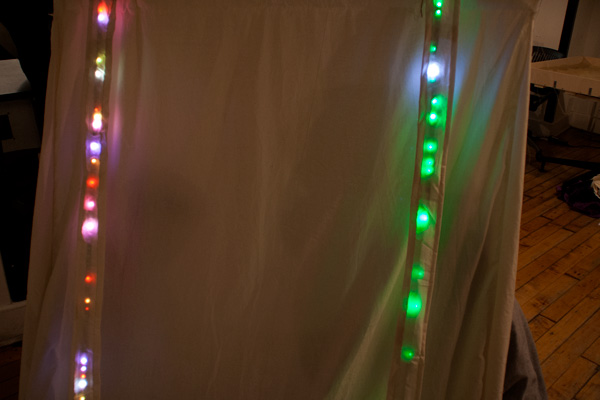 Overall, I learned a lot throughout the process of working on this project. Technically, I learned about how to integrate the Arduino Uno with MIDI and capacitive touch. I also gained a better understanding of how to design for users and how to think about integrating both expected and unexpected points of interaction. We definitely spent a lot of time thinking about design affordances and what it meant for the Sound Tent.

Thanks to everyone who helped Brandon and me on this project. And thank you, Tom!