Appropriation
From memes to mash-ups, the products of the appropriation seem to have permeated much of mainstream media. This is thanks to ease of access and participation. It is so easy to access images online as Joy Garnett does in the creation of her painting "Molotov Man" [1]. Garnett found a image of a man throwing a molotov cocktail she liked online, originally Susan Meiselas's photograph, and then painted the image. The image eventually spread online and became re-contextualized over and over until it lost its original meaning. Especially now, it is difficult to control how someone might interpret your work or how it may proliferate on the internet. Anyone who is creating content that is publicly available should be aware that this might happen, and it's not necessarily a bad or good thing. For instance, the purpose of memes is to re-contextualize media and they are everywhere. Some are funny, some are mean. As creators, we have to let go to some extent that someone might appropriate our work, but that might be the trade-off of making your work accessible and impactful.

In his article "The Esctasy of Influence", John Lethem touches upon intellectual property and how idea ownership might hinder progress by preventing others from building upon the ideas of others. While this does happen since businesses are trying to make money and receive the value of their inventions, it is important that ideas are being fully documented and available as patents. Maybe it would be better if individuals and small businesses could license the patents for free or low cost while the patent is active.

I think we will always be building on previous ideas because that is how we are progressing and moving forwards. Lethem points out Don Swanson's use of "undiscovered public knowledge" to work on a disease called Raynaud’s syndrome. Coming up with 100% novel ideas isn't a necessity when there is already a lot of knowledge available that can be used to draw new conclusions. 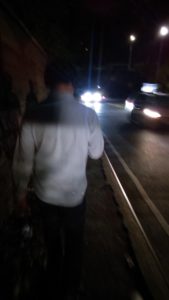 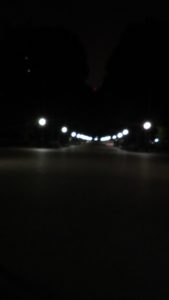 This past Tuesday night, Alan Peng, Jason Yung, and I did Janet Cardiff's Her Long Black Hair sound walk through Central Park. It was actually kind of eerie throughout the whole walk that the park was so empty, but I kept hearing the voices of passersby through my headphones. I was constantly ( and nervously) looking around only to find that it was just us. The sounds of voices in tunnels, passing conversations, and the gondolier going under the bridge were so immersive because it was directional.

I thought the greatest moments in during the walk happened when the Cardiff would refer to something in the park and I would immediately make the connection to the real environment.  There was a feeling of shared experience with the artist and all the people who have been walking through before us. I liked when she added historical info about the park or switched to another time since it added to the depth of the narrative. There a feeling that so many moments happen and are shared with people in space and time. I especially felt the ending was beautiful, looking into the pond and looking into the reflections of the buildings. I had not even realized the sound walk ended for a couple minutes because of the real ambient night sounds felt like part of the recording.

There were a few hiccups during our walk. Upon approaching the zoo, we found the gates were locked. I think we spent quite a bit of time listening, wandering along a busy road, and then re-syncing at the Balto Statue on track 4. The walk does depend on the listener to follow the correct path and for specific parts of the park to be open. While I missed out on experiencing the full the sound walk as intended by the artist, working our way back to where Cardiff was an interesting. Like meeting up with some one who isn't really physically and presently there. It was a little surreal.